The main aim of adopting a serverless approach is to optimize resource utilization thereby reducing costs. A prime candidate was identified as the data feed layer we employ to source candle data from various external third-party feeds.

This article will address the implementation pertaining to the instrument pricing data feeds although there are multiple other instances of serverless architecture being implemented at Autochartist, one prominent example being the automated batch mailing of reports.

We have employed AWS Lambdas for handling data feeds as in this high-level architectural overview:

We deploy the lambda handler code as Java 8 .jar files that include all the library dependencies for performing HTTP calls or connecting to external data sources e.g. PostgreSQL, Redis and MongoDB. Recently, AWS has introduced ‘Lambda Layers’ that can be used for storing common library files thereby reducing the size of the deployable jar file significantly (by up to 80%).

The deployment of the executable .jar files is automated using standard Jenkins plugins during the nightly build phase.

We will now trace the typical data flow using the high-level architectural overview above as a guide:

Overall, the serverless implementation has been successful, especially in terms of:

And now the bad…

The main draw-backs in implementing the server-less architecture on AWS have been: 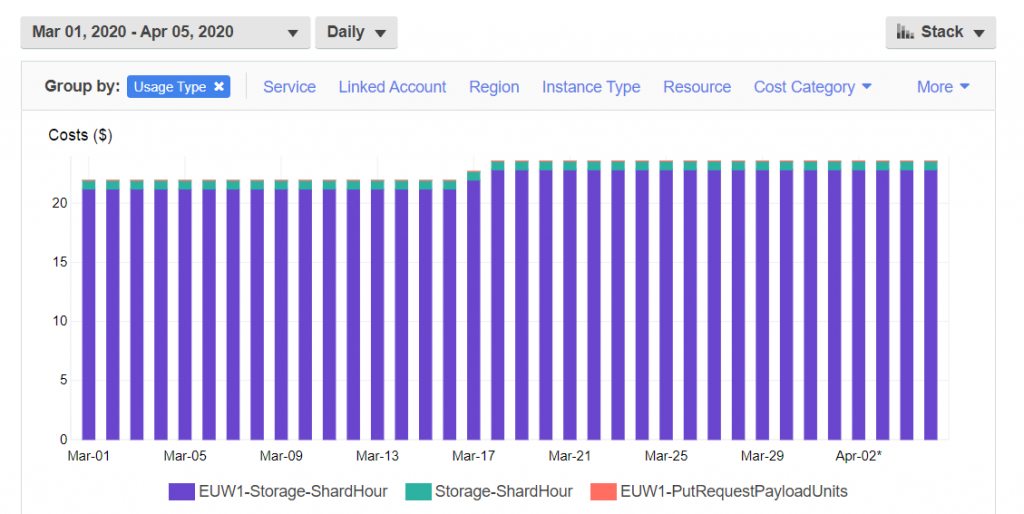 The transport layer cost is unacceptably high, given the transient, bursty nature of the data being streamed i.e. every 15 minutes for 5 days per week.

We have tried reducing the costs by optimizing the number of shards in each stream while maintaining optimal throughput with minimal latency – it has had a negligible effect on the associated costs.

Looking at the daily costs of the Lambda implementations below clearly shows we’re taking a hit on the ‘ProdDataFeedConsumer’ Lambda at around $30.00 to $35.00 per day. The producer Lambda (‘ProdDataFeedProducerAll’) is typically under $3.00 per day which is pretty acceptable.

As we are processing (at peak) 6445 instruments every 15 minutes, we can calculate the processing cost per instrument/ candle per day: 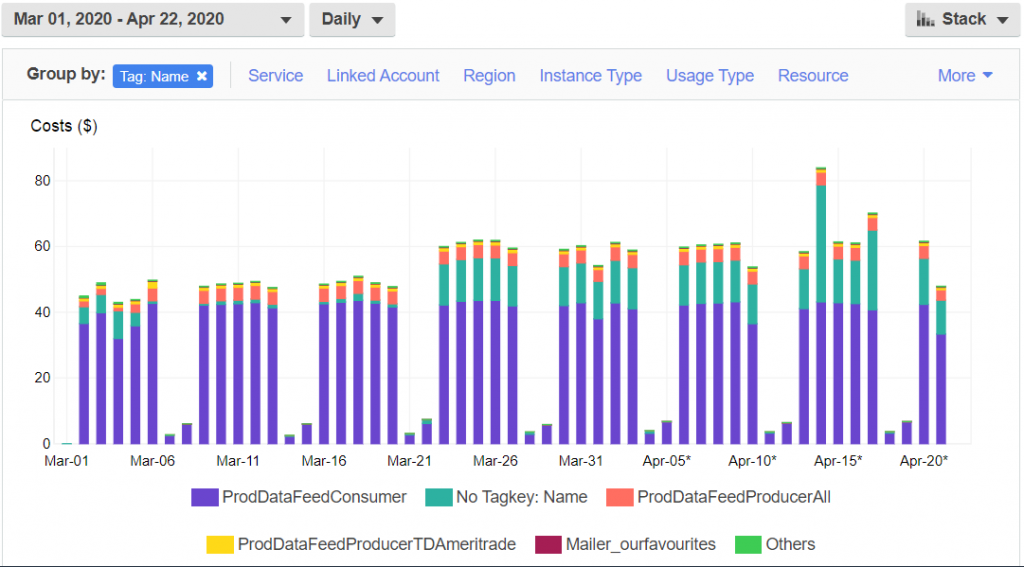 What have we done wrong in terms of the consumer Lambda to incur these high costs?

Here are some areas I’ve identified for improvement as well as solutions:

Our original configuration for the consumer Lambda was as follows:

Where 215 executions was the average number of executions per 15-minute interval.

This configuration has been the main cause of the high cost of implementation.

Let’s look at what our actual provisioning requirements should be.

There are two factors we can change: 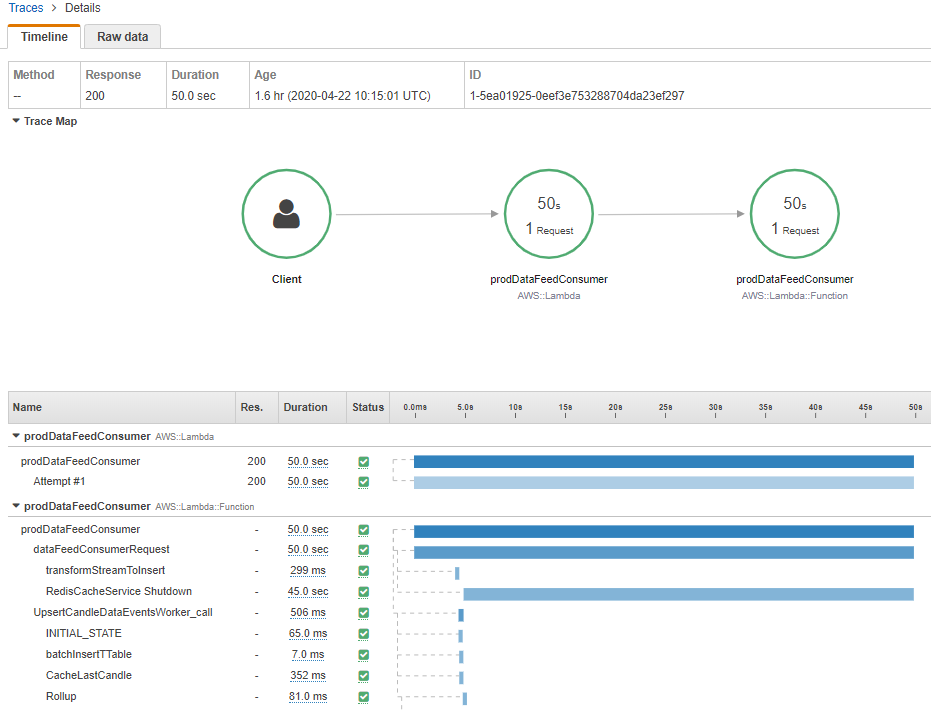 We can also reduce the concurrent latch timeout settings for the Lambda to affect the invocation duration. These settings are used to wait for a large number of candles to be persisted to the database and are really only used for loading historical candle data. Typically, during real-time loads, each stream payload only includes the 15-minute candle to be persisted and, as can be seen in the X-Ray trace above, is completed in less than one second.

So, we should provision around the actual runtime characteristics of the Lambda. Here’s the cost calculation for the new configuration:

So, it looks like we can reduce our costs from around $980/ month to around $140/ month by provisioning the Lambda with reasonable bounds.

A recalculation of 6445 instruments every 15 minutes for the new projected cost per day of $6.47:

What’s in the pipeline?

We’re looking into reducing the daily costs around the transport layer by replacing the Kinesis streams with alternative technology.

We are currently investigating the use of MongoDB Change Streams as an alternative to Kinesis. So far it looks promising and should reduce costs significantly as we can use our existing MongoDB instances to stream the candle data.

A microservice ‘stream-service’ has been developed and deployed on AWS ECS (Elastic Container Service) using Spring Boot and Docker Container technologies. This service uses a non-blocking reactive connection to MongDB and reads documents as they are inserted into the designated price data collection.

I am also proposing that we replace the current consumer Lambda with a consumer microservice running on AWS ECS. Although the consumer does not really conform to any accepted microservice design standard and is really monolithic in nature, a container-based run-time implementation that can be run transiently seems best suited for this service.

The main reasons for the proposal for an ECS-based consumer are: